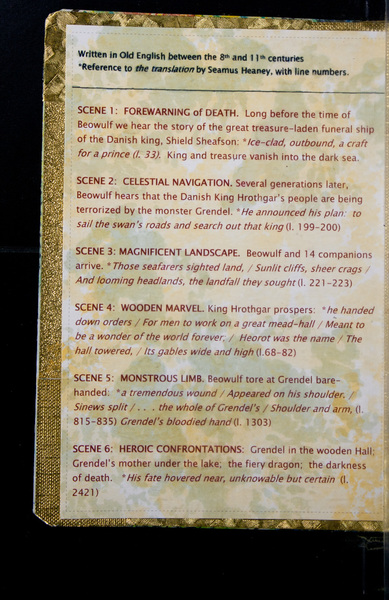 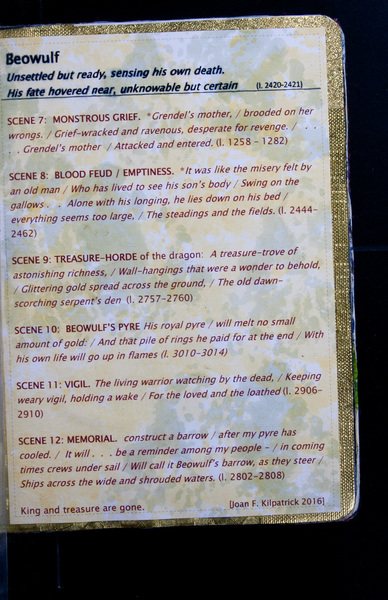 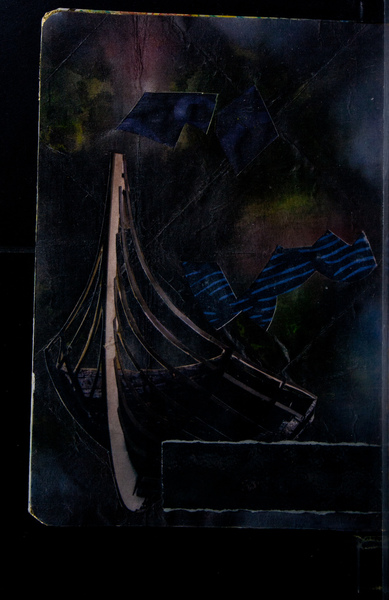 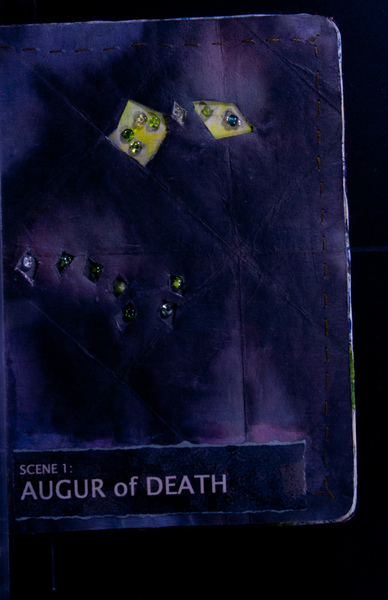 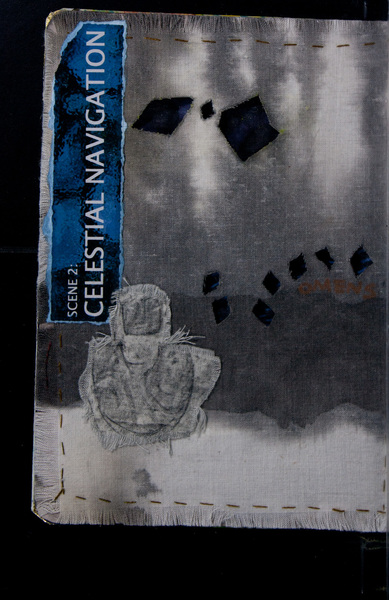 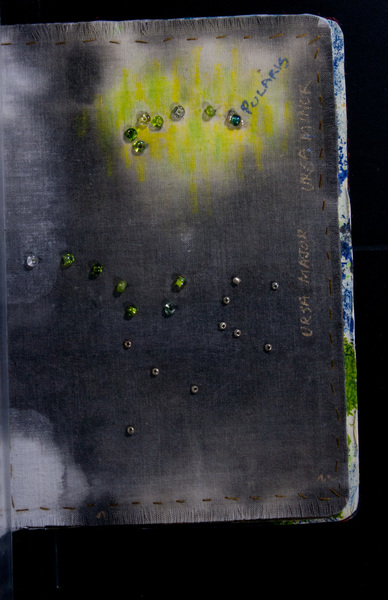 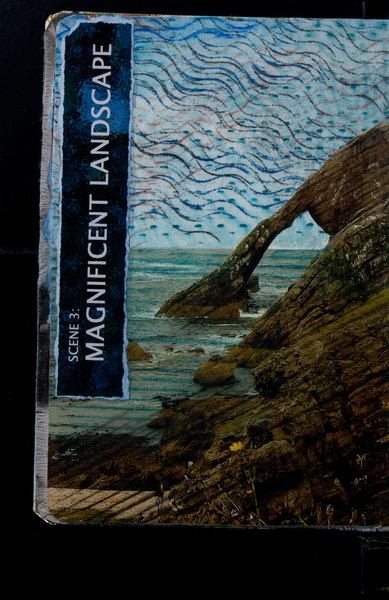 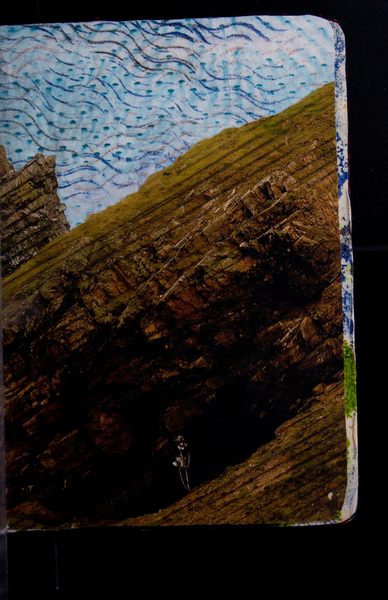 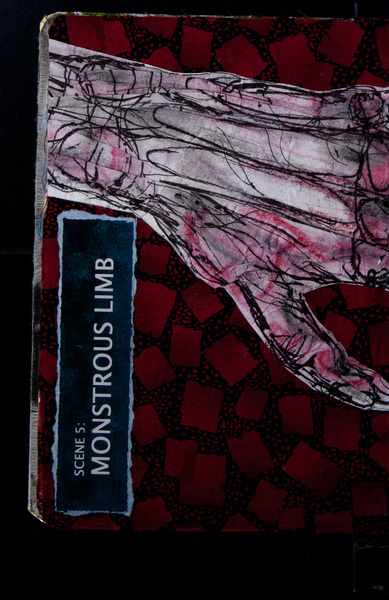 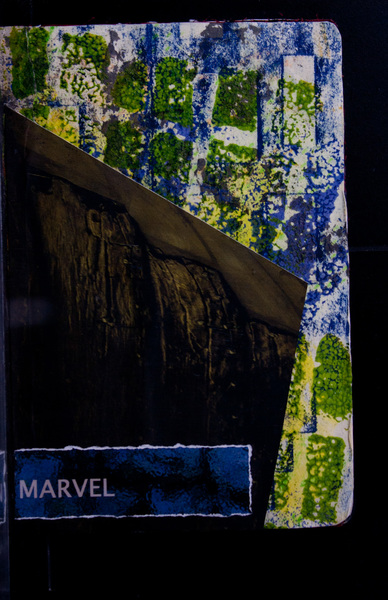 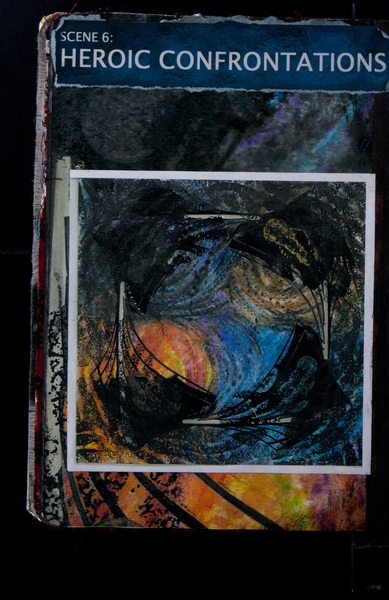 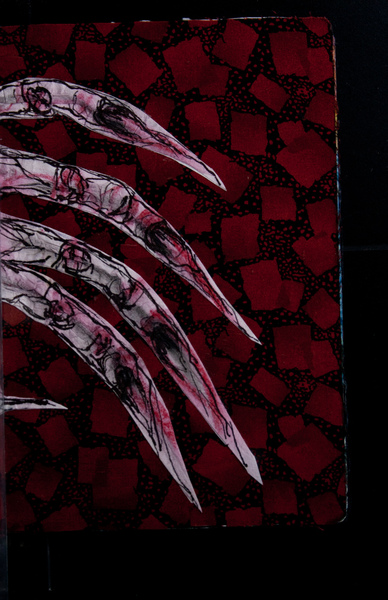 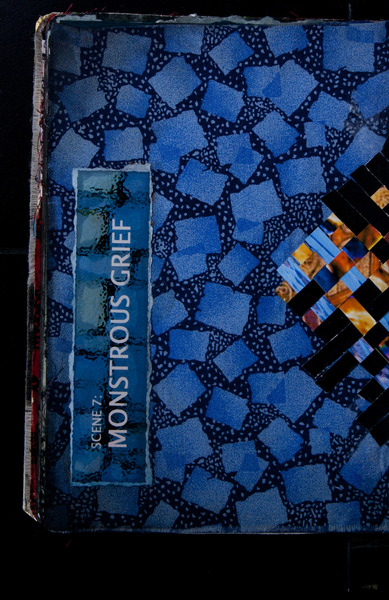 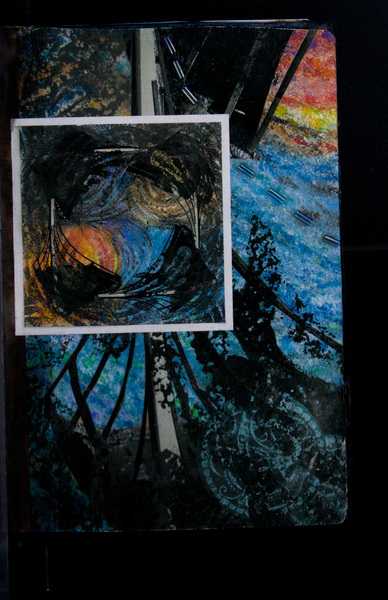 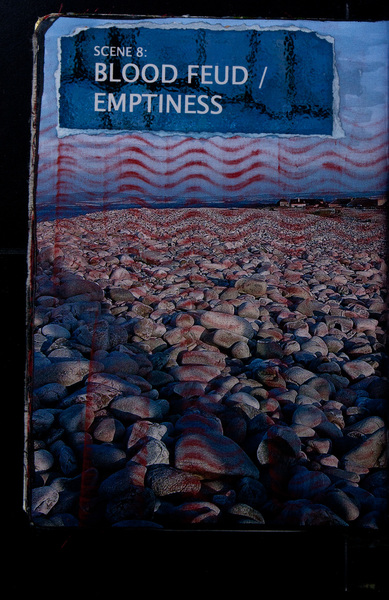 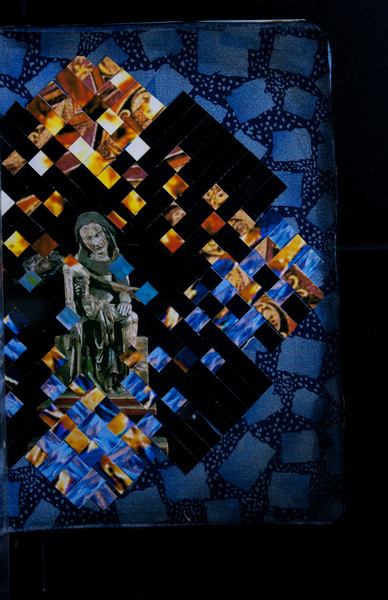 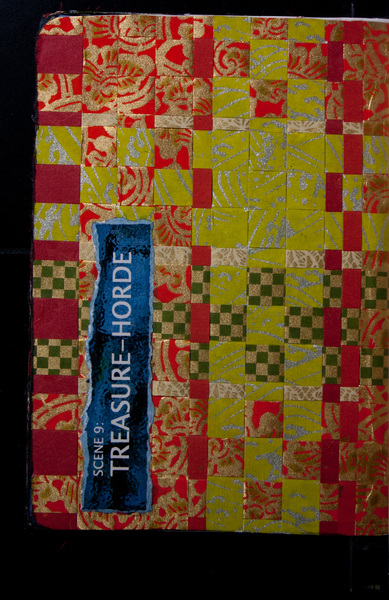 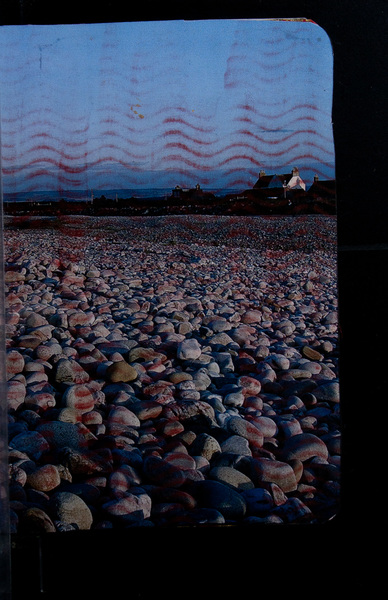 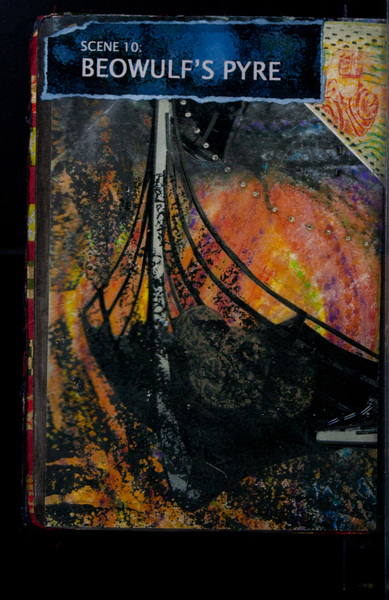 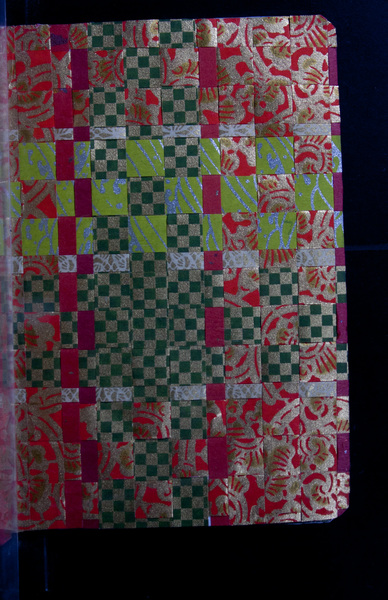 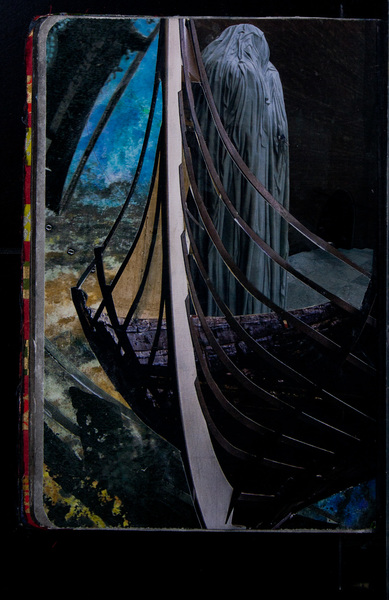 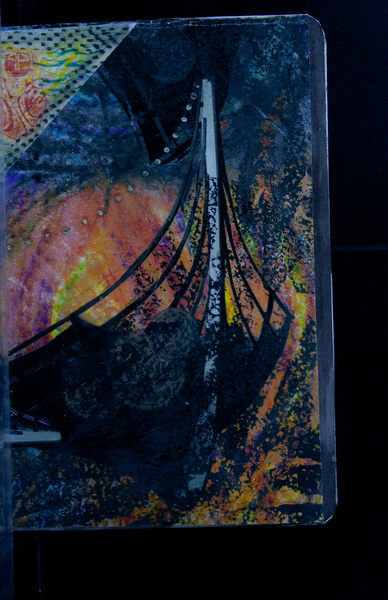 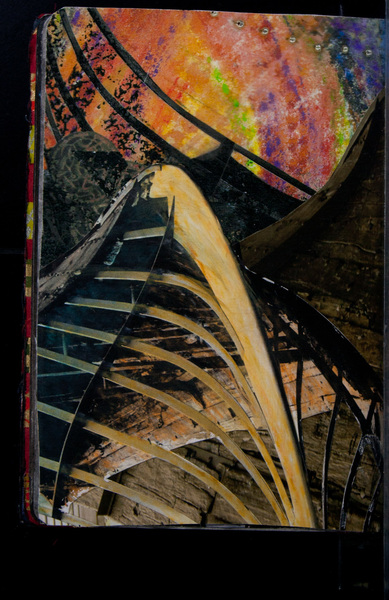 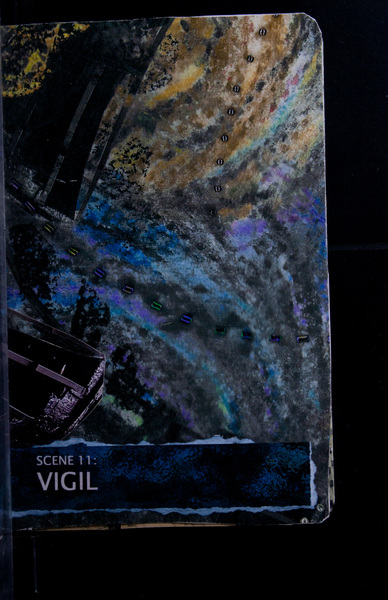 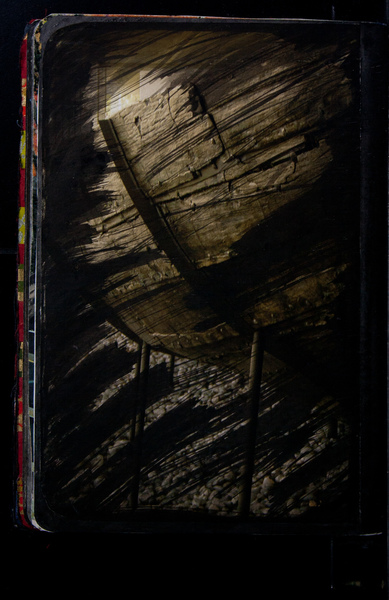 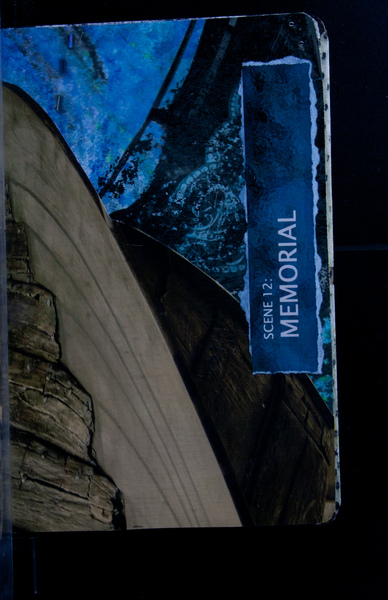 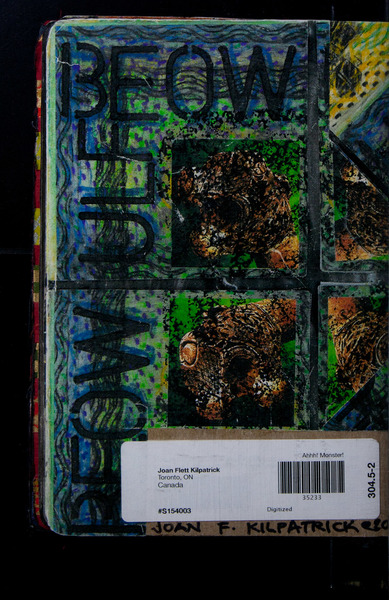 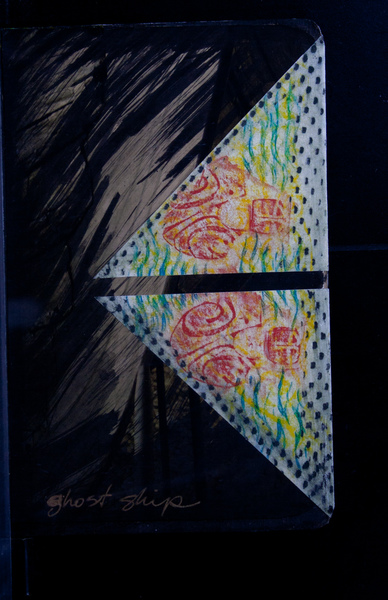 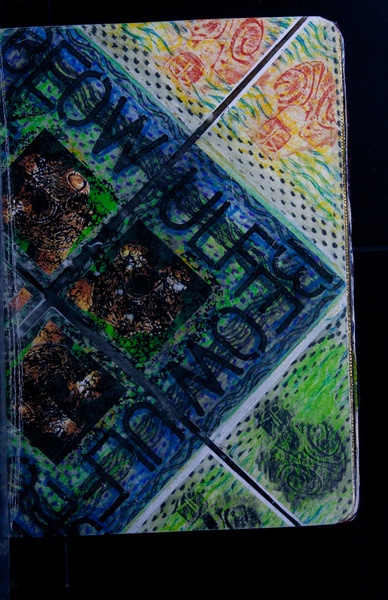 This sketchbook uses collage to illustrate / illuminate my feelings about a series of scenes in the epic old english poem "Beowulf". It was written between the 8th and 11th centuries and praises a viking hero who achieves fame by defeating three monsters. In closing, the poet tells us that the ultimate golden treasure will be "as useless to men as it was before".
I've used the image of a Viking ship to represent the strength and grace of the hero as his fortune/fate unfolds, as he moves forward to meet his fate [wyrd]. I'm fascinated by vikings and earlier (stone age) people in northern Scotland because of our family roots. The idea of fortune/fate being related to key elements (e.g. wood, water, fire, air) cuts across cultures.
Quote: "Unsettled but ready, sensing his own death. / His fate hovered near, unknowable but certain" (lines 2420-2421, translation Seamus Heaney)

All uses of the Content are licensed under a Creative Commons Attribution-NonCommercial-ShareAlike (“CC BY-NC-SA”) license (as fully described here). Please email us for permission before using any images.
SUBMIT YOUR OWN BOOK

The Sketchbook Project 2018 is here! Sign up, receive a book and submit it to become part of our permanent collection!

or jump to a random book

Want to add your Sketchbook?

Share your work with the Digital Library! This enables viewers from across the globe to experience the Sketchbook Project.

We will professionally scan your book and add it to the online collection. Learn More